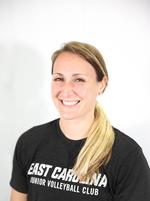 13 years coaching experience with ECJVC, all ages and levels

Played professionally in Finland and Indonesia

Currently a senior at D.H. Conley

Participates in many outdoor and indoor adult leagues

Transferred to Presbyterian College Sophomore Year: Was libero then sustained a grade two concussion which lead to retiring from the sport 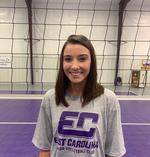 Currently Kindergarten teacher at Chocowinity and getting Masters in Education

Attending ECU for Elementary Education with a concentration in science 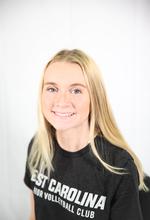 Played club for one year at NC Elite

1st year coaching at ECJVC/ 9 years of head coaching experience with ages ranging from 14-18 (all levels) at Memphis Metro JVC.

Held the Dig and Ace record in High school. Placed 3rd in the state of Tennessee for digs and 5th in the state for Aces.

Alumni of University of Memphis recruited as an OH, DS, and serving specialist

Ranked in the top 25% of the UK Beach Tour playing in the semi finals every tournament and placing 3rd in two tournaments in 2019.

Degree in Emergency Medical Sciences as a paramedic

6th year coaching with ECJVC, head and assistant for the 14 and Under age groups 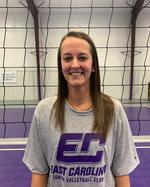 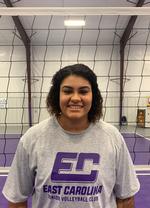 2nd year of coaching with ECJVC

Pepsi Player of the Week MVP

Experience coaching in volleyball and wrestling

Played 4 years at University of Rhode Island. URI is a DI program in the Atlantic 10 Conference.

Played club volleyball for Choice Premier and NORCO in Colorado